Ktut Tantri, a risk taker and an amazingly brave woman

I remember when my mother and I had a chat and one of the topics was the story about my name “Tantri”. She said that my late grandmother, my mother’s mother, gave the name “Tantri” to me because she was really inspired by the gorgeous inspiring woman named “Ktut Tantri”.

I totally had no idea who Ktut Tantri was. By looking at her name “Ktut”, what first came into my mind was she was a Balinese. My general understanding was that the name ‘Ktut’ is usually used by Balinese to name their fourth child (from first to fourth: Wayan, Made, Nyoman, Ketut). So, I guessed Ktut Tantri was a Balinese woman. I knew nothing else about her and  it was just not enough to describe the gorgeous Ktut Tantri that my grandmother meant. My late grandmother must have gotten a more personal and important reason to name me “Tantri”. And I was just so curious about how Ktut Tantri had extremely inspired my grandmother. I wish my grandmother could be here with me to tell me the reasons why, which is impossible.

As a matter of fact, after that conversation between me and my mother, we never really had a chance to dicuss more about that again. I assumed my mother also didn’t really know in detail about  the famous Ktut Tantri by whom my late grandmother was very much inspired. She just let me to discover the answer of my inquiry by myself.  The only clue that I got from her was the fact that Ktut Tantri was a great writer and she had produced some good literature. Well, at least I got the big picture of who she was.

Then I decided to do a mini research about Ktut Tantri’s biography. By comprehending her qualities, life and achievement, I hope I can make connection between Ktut Tantri’s life and my late grandmother’s expectation in me by giving me such a beautiful name.

Muriel Stuart Walker, as known as Ktut Tantri, was a journalist, hotelier, guerilla fighter and writer with particularly close links to Indonesia. She was born in Glasgow in 1898; her mother was from the Isle of Man and it is probable that she never knew her real father. She invented a life for him as an African explorer who disappeared in the jungle. She and her mother went to California in the years after the First World War, where Muriel Walker got work writing about Hollywood and the film industry, until one day in 1932, after seeing a film about Bali, she packed her paints and embarked on a new career and life in Indonesia.

Ktut Tantri and Her Bali Romance

Romance was the key to K’tut Tantri’s extraordinary character and life. When she arrived in Bali, she dyed her red hair black to escape comparison with a witch and was renamed K’tut (Balinese for fourth-born child) Tantri (possibly a Balinese pronunciation of “Tenchery”, a name by which she sometimes went). She spent her first year painting and learning about traditional Balinese custom through her association with its royal family; she became especially close to the Raja’s son Anak Agung Nura whom she described as her princely “soulmate”.

Leaving her royals behind, Tantri settled at Kuta, then a tiny fishing village on the south coast, where she was involved in opening the first hotel; she had many disputes with her business partners but certainly played a part in Bali’s thriving pre-war tourist industry, becoming increasingly fond of the Balinese and increasingly disdainful of the Dutch colonists. She became known as “Mrs Manx”, after her mother’s birthplace, and indeed there are similarities between Bali and the Isle of Man which would have appealed to her idea of romance: both are mystical, quirky, independent islands. Diana Cooper stayed in Tantri’s beach hotel and wrote about her visit in Trumpets From The Steep (1960), describing her as “no disappointment – old girl Manx, fifty, 4 ft high, a mop of black hair and a Mother Hubbard garment.”

Ktut Tantri a.k.a Surabaya Sue was having a chat with the first Indonesian president, Soekarno, image from google

During the Japanese occupation, most Europeans left the islands but Tantri stayed on, going to Java. She was later accused of collaborating with the Japanese, but always remained evasive about what actually happened during the Second World War. In her autobiography, Revolt In Paradise (1960), she suggests that she was imprisoned and tortured by the Japanese and describes the years 1942-45 as “terrible, horrible – the horrible time – I don’t want to talk about that time”.

After the war she became committed to an independent Indonesia and broadcast for the radical guerrilla armies from their headquarters in East Java. She was known to the Allies as “Surabaya Sue”. She later joined Sukarno’s official republican administration, writing speeches for him; she described Sukarno as “the most impressive man I have ever met”.

By 1947, she had left Indonesia for Australia, but as she had no passport she was not allowed to stay; she went on to America where she wrote Revolt In Paradise, a book which was both widely and well-reviewed and much translated and which, despite its inconsistencies, probably contains more than a kernel of truth. For the next 30 years, she tried to get Revolt In Paradise made into a film, travelling all over the world staying in smart hotels at the expense of various film companies. But since she refused to alter any details of the book, offer after offer collapsed. When, in the late 1980s, by then a permanent resident of Australia, it became apparent that no film would be made, she cut herself off from the world and became increasingly suspicious of people. The writer Timothy Lindsey got to know her in her old age, which was spent in a nursing home in Sydney, and his recent book The Romance of K’tut Tantri and Indonesia (1997) does much to explain, without destroying, the essential artifice and romance of this enigmatic woman.

There were a lot of things that we can learn from her life; love, dissapoinment, and passion. Ktut Tantri, despite of some controversial issues she brought up, she was an influential woman in Indonesia at her time. Her contribution towards Indonesian’s Independence was remarkable. She was not a native Indonesian but her love and passion to Indonesian Independence was sensational.

And most importantly, Ktut Tantri’s determination and fighting spirit has been inspiring me…

One thought on “Ktut Tantri: A Sensational Woman Behind My Name”

Hi, thank you for stopping by! You have stumbled upon my teaching journal. I use this blog to showcase everything related to my learning and teaching practice.

I am a connected learner and teacher who love to get connected to the world. 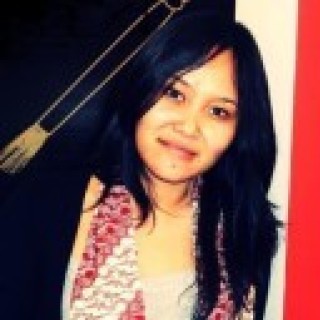 Learning is a journey. There is a starting point but no end.

The tales of a solo mama and international educator, teaching her way around the world, one country at a time.

Walking with the Alligators

Speaking for those with no voice~

Have urge, will travel

The wacky stories of a crazy lady.

It's all about disbelieving your thoughts

Bringing language research into the classroom

Joy in the Moments

A blog by Nova Ren Suma

News and reviews from the world of gadgets, gear, apps and the web

We bring the world to our classrooms.

Linking curriculum and innovations in learning

thoughts on education by Grant Wiggins

Extending a culture of learning through visible thinking

Here we go, come with me.. There's a world out there that we should see

Explore the beauty of Indonesia. Go to places where people don't know your language

Epoxy - the stuff that ties us together. Thoughts on education, digital technology, teaching, learning, and the search for our cultural educational identity

musings of a passionate inquirer

“Wonder is the foundation of all philosophy, inquiry the progress, ignorance the end” Michel de Montaigne

It's time we start thinking about our lives

Circa Quilt and Doll Maker

lovingly hand made item with soul

“Wonder is the foundation of all philosophy, inquiry the progress, ignorance the end” Michel de Montaigne

My journey as a learning teacher in the IB